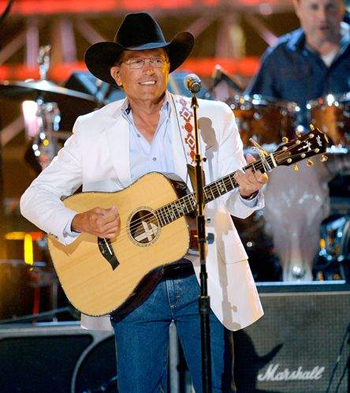 Who has the most hits?

Last week, country stalwart George Strait set a new milestone: 60 songs certified by Billboard as No. 1 hits. The single, Give It All We Got Tonight, is a dreamy ballad from Strait’s new album, Love Is Everything. Debuting in October 2012, the song was successfully promoted by the 60 for 60 Movement, a campaign by Strait’s record label and fans to help him accomplish the feat before his 61st birthday, which was last week.

It’s not surprising that Strait, right, would be the man to set the record. Country music is a notoriously insular genre; it usually runs independent of the rest of the music industry, nurturing its brightest stars and tending to its dedicated fan-base. Many artists have ridden Nashville’s highway to fame and glory this way: Willie Nelson, Alan Jackson, Dolly Parton, Garth Brooks.

Artists With the Most No. 1 Hits